Eight men were held for outstanding warrants during a joint police-army exercise on Nelson and Prince Streets this morning.

A quantity of marijuana, cocaine and a MAC-10 machine gun was also seized during the exercise.

Newsday understands that shortly before 9 am, officers of the Inter Agency Task Force (IATF), Port of Spain City Police, Court and Processing Unit and members of the Defence Force descended on apartment buildings along Nelson Street and conducted floor by floor searches, supported by sniffer dogs from the police service canine unit.

After an hour and a half of searching, officers could be seen leaving the buildings with three men in handcuffs. Newsday understands five other men were held in the area shortly after.

Officers were also seen searching the roof of an abandoned building next to the complex, believed to be used as a stash house for the weapon and the drugs. Soldiers kept watch at the corners of George and Prince Streets as the officers continued their searches.

The exercise was led by Ag Snr Sup Ajit Persad of the Port of Spain CID and Ag Inspector Charles Badry of the IATF. 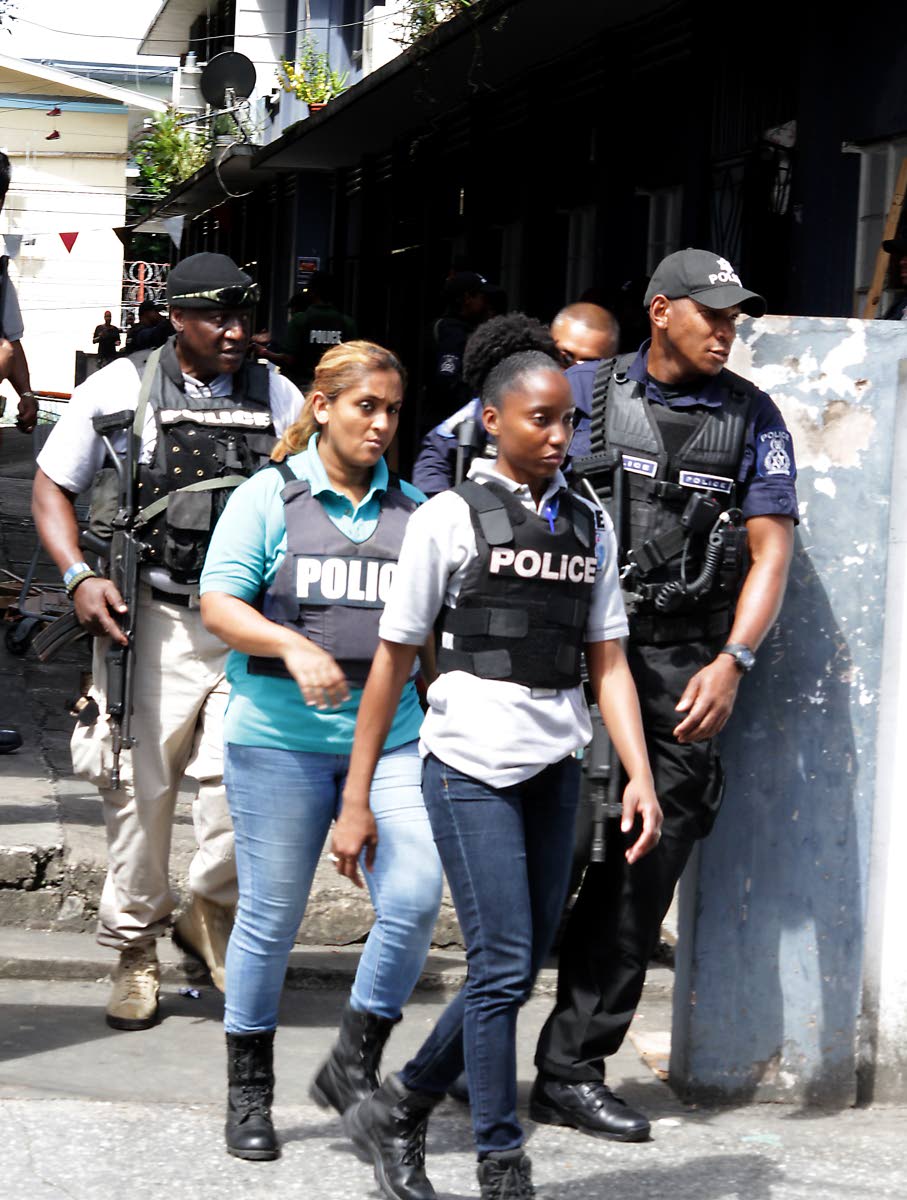