There were no pastelles and ham, no turkey and ponche a creme.

Instead, patrons of Tin Man’s Barbershop, Brierley Street, Sangre Grande, were treated to what many may consider an unlikely Christmas dish – curry and buss-up shot – during its third customer appreciation day, last Thursday.

The meal, prepared by barber Dexter “Sharky” John, had customers licking their fingers and wanting more. As an additional treat, customers and some passers-by also received snack boxes to take away, courtesy one of John’s fellow barbers, Brian Lewis, and others.

Nigel George, one of the barbershop’s regulars, welcomed the initiative.

“You cannot go wrong with a customer appreciation day. Giving back is always good,” he said, savouring the tasty meal.

George said he looked forward to this year’s customer appreciation day. During the event, customers took the opportunity to spruce up their haircuts in preparation for old year’s celebrations and the new year.

John, one of the shop’s stalwarts, said the barbers decided collectively to host a curry feast this year instead of the traditional Christmas delicacies. He said it was important to celebrate those who have supported the barbershop over the years.

“This is something we should never take for granted,” he said.

John said the event also was a team-builder for the barbers.

Sherwin Lee (Tin Man), after whom the barbershop is named, echoed John’s sentiments. 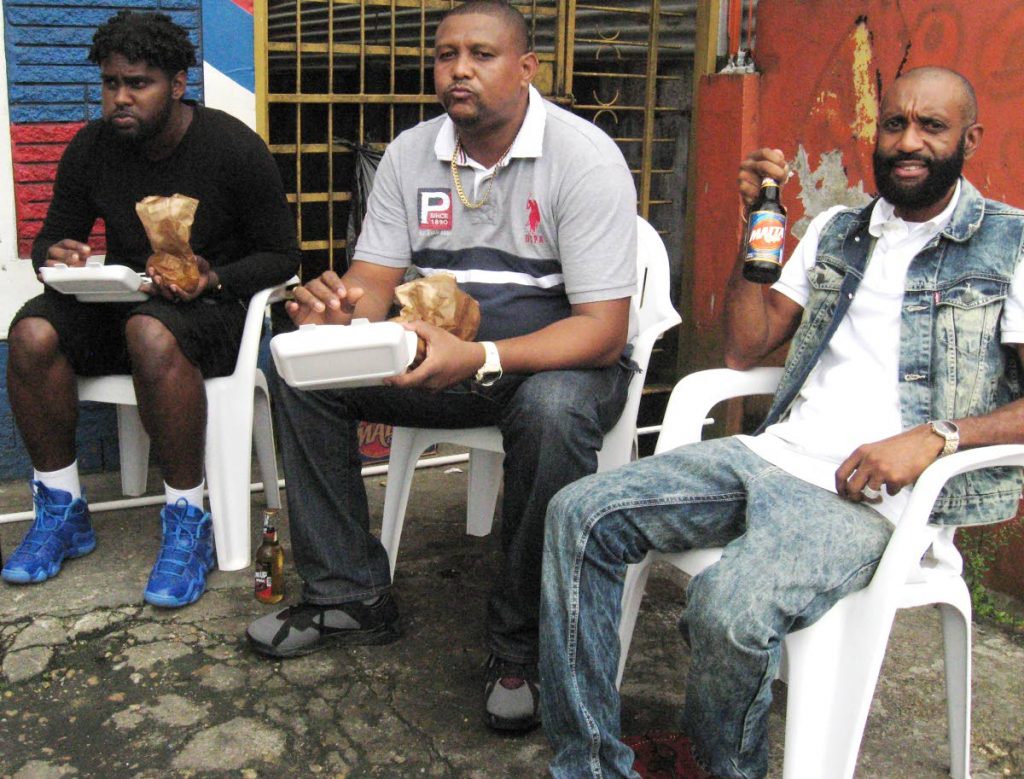 “This event is just about showing appreciation to the people who continue to support us. It is also about showing the Sangre Grande community that we are much more than just trimming hair. We are about bringing a family vibes within the shop.”

Lee said even though the event did not have a DJ or other forms of musical entertainment, clients still revelled in the lively atmosphere.

Lee also spoke about how barbering has evolved over the years. He recalled years ago, barbershops in Sangre Grande were few and far between.

“I have been trimming for over 20 years and it had just one barbershop. But now, when you look around, many shops have sprung up and each has its own clientele.”

Lee said barbering can be a viable career for young men.

“They could make a living out of it. It is a positive thing.”

He felt, though, the Ministry of Community Development, Culture and the Arts could do more to encourage a greater appreciation of the skill among young people throughout the country.