Desperadoes Steel Orchestra was on the move again when it took up occupation of the former grounds of the Government Printery at the corner of Victoria Avenue and Tragarete Road, PoS.

In recent years the band was at Queen’s Park East, where the new NIB building stands, and at the site of the demolished Greyfriars Church on Frederick Street. The band got Cabinet approval for the occupation of the current site.

A film featuring the Mighty Shadow (Winston Bailey) titled the King from Hell highlights some of the bard’s calypso journey. Produced by Banyan’s Christopher Laird, the film comprises a random selection of unedited works, including concert performances and an interview. The hour-long film speaks about Shadow’s coming into calypso, both the hardships and the good times, and performances of some of his songs.

A magistrate’s failure to provide her reasons for convicting Multiple road March winner Machel Montano and songwriter Kernal Roberts in 2012 for assaulting patrons during a fracas at the Zen nightclub in 2007 has led to their being freed of the charges. But almost a decade after the event, the two will now have to face another trial, as one has been ordered by the two appellate court judges who upheld their appeals and quashed their convictions.

QED, Lydians and Marionettes all once again had successful Christmas concerts for the season

And while the Tobago Jazz Experience saw fewer patrons this year, the Jazz at Turtle Beach was a fantastic treat for jazz lovers. The audience was treated to performances by Errol Ince doing 50s and 60s big-band swing and jazz music, Barbadian saxophonist Arturo Tappin with pannist Dane Gulston, Carl “Beaver” Henderson himself, who returned to the stage after 25 years, directing a band of young musicians from UTT, and vocalists Kay Alleyne, Michelle Xavier, Bigford, Keith Ajala Sutherland, Jason “Fridge” Seecharan and Dereck Patience. But it was young guitarist Dax Carter who stole the show with his guitar solo on Hotel California (The Eagles).

Sunday’s cast of pan virtuoso Len “Boogsie” Sharpe, musician extraordinaire Clive “Zanda” Alexander and his band and DJs CPOP and Katz took patrons back through the years, much to their delight.

Then in June, there was a wonderful return of JazzBeat at WeBeat, St James, as patrons were moved by performances from Elan Parle, Fridge, Pelham Goddard & Roots and the Police Band.

The TT Film Festival’s (ttff) first offering for 2017 was its Carnival Film Series, a showcase of Carnival-themed movies and other film-related events.

After Carnival the ttff joined forces with the Canadian High Commission to offer a three-day intensive, basic screenwriting workshop for emerging film-makers who had already written at least one short screenplay.

Bazodee won two awards at the London/Asian Film Fest, and the Africa Film TT (AFTT) Festival, which celebrated African cinema, was another treat.

Later in the year five local feature-length films – Green Days by the River, Moko Jumbie, The Lies We Tell, Quick Pick and Back to Freeport – were screened during the 12th annual festival. Nearly 120 feature-length, short and experimental narrative and documentary films from the Caribbean, its diaspora and contemporary world cinema were screened, and over 34 short and experimental films also made in TT. 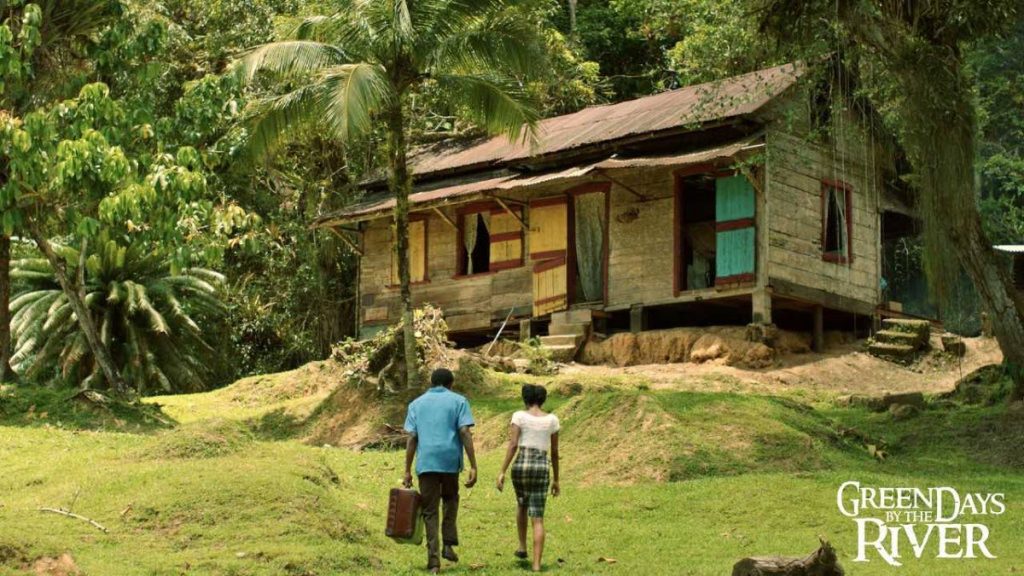 The festival began with Green Days by the River, a film adaptation of Michael Anthony’s classic 1967 novel of the same name, bringing to life childhood memories of the book, and a Trinidad of yesteryear. The film was also shown in cinemas and is scheduled to be screened in five Caribbean countries – Antigua, Barbados, Grenada, Guyana and St Lucia – from January 11.

Jan 14 - Joyce Wong Sang, 85 - cultural icon, better known as Mrs Best Village, as she was behind the Prime Minister’s Best Village Trophy Competition, which was intended to promote the nation’s culture through drama, song, music and dance, with the main aim being to develop the folk and traditional arts that characterised the nation.

May 17 - Veteran calypsonian Samuel “Brigo” Abraham, 77, a great artiste, a powerful calypsonian blessed with theatrical ability which he brought to his performances.

May 17 - Anthony Voisin, 64 - guitarist extraordinaire, who was a member of Charlie’s Roots from 1975-2003, when the band became defunct. During that time, Voisin played in Pelham Goddard’s studio band for KH studios, in addition to numerous radio and television jingles, as well as on the recordings. He worked with the who’s who in the soca and calypso world.

July 16 - Devon Matthews, 36 - popular soca artiste and well-known for his radio programme Affairs of the Heart on Red 96.7fm

Aug 23 - Deborah John, 61 - Express Publications Editor - News and Features and well known for her love for and coverage of local culture.

Sept 22 - Neville Aming, 94 - a pioneer of Carnival, He assisted in developing regional, as well as international carnivals and was one of the founding members of the Carnival Band Leader’s Association.

Nov 7 - Dianne Marshall-Holdip, 61 - she was a calypso, traditional mas and pretty mas adjudicator for some 15 years, a “fanatic” of Massy All stars steel Orchestra and the ultimate “Rudderite.”