Chief Justice Ivor Archie dominated headlines in 2017, some for his leadership but mostly because of his personal friendships. A series of newspaper articles, beginning earlier this month, purportedly chronicled Archie’s relationships with persons described in the reports as convicted felons.

The reports spoke of favours the CJ was alleged to have made for his friends, which included attempting to influence Supreme Court judges to change their personal State-provided security in favour of a private company for one which one of his close friends had a stake. Archie was also said to have used his influence as this country’s third highest office holder to get state housing for these friends. His troubles began much earlier in the year, however.

What was perceived to be a bungling of the appointment of former chief magistrate Marcia Ayers-Caesar as a judge of the Supreme Court, led to the Law Association calling for his resignation and lawyers expressing no confidence in him. His immediate reply to those calling for his head was ‘I’m not going.’

Archie was sworn in as CJ on January 24, 2008, at the age of 47. A decade later, his tenure is tenuous. There have been repeated calls for his resignation and the Law Association has taken the bold move to retain two senior counsel to determine whether there is sufficient grounds to approach the prime minister to invoke the impeachment provisions of section 137 of the Constitution.

In Sharma’s case, the Lord Mustill tribunal recommended that no action be taken. Sharma returned to office after his suspension was revoked.

Archie has been told of the association’s concerns at a meeting with its president Douglas Mendes, SC, and senior member Elton Prescott, SC, on November 30. Archie is also rumoured to go on extended leave in March.

And while the country awaits the fate of the CJ, Ayers-Caesar’s lawsuit will come up for hearing in the new year. In it, she is claiming she was forced to resign and insists she is still a judge. She was sworn in as one on April 12. Days later five prisoners rioted at the Port of Spain Magistrates’ Court because she did not complete their already seven-year-old case.

After her resignation, it was eventually revealed by the Judiciary that she left some 53 cases in limbo. She has denied this. Ayers-Caesar is also challenging the revocation of her appointment as a judge and received the court’s permission to pursue her legal action against the JLSC, which Archie heads.

This situation led to the Law Association passing a motion on June 1 expressing no confidence in the CJ and calling on him to resign. The association also embarked on a public consultation project, soliciting views from the public on the process of appointment of judges and most recently, after the series of new reports on Archie’s conduct, established an investigative team to look into the allegations that he used his influence to assist his friends. The team’s report is expected due on December 29. Advertisements also went out for the post of a new chief magistrate and it can be expected that one will be appointed in 2018.

In May, the Opposition UNC launched a legal attack on the Government on the implementation of the property tax. The Opposition described the tax as an ‘ambush’ on citizens and took the issue to court when Finance Minister Colm Imbert announced plans to begin collecting the taxes.

In June, the appellate court overturned a ruling by Justice Frank Seepersad on whether the State could continue to accept Property Tax valuation forms from citizens. The court, however, sent the issue back to trial and it has since been reassigned to another judge.

Minister in the Ministry of Finance Allyson West said in November that the court cases were holding up the implementation of the tax. No date has yet been set for the hearing of the matter.

On January 11, former Attorney General Anand Ramlogan will make his second court appearance on charges of misbehaviour in public office and obstruction of justice arising from allegations contained in a report made by David West to the Commissioner of Police on January 28, 2015.

Ramlogan’s former Cabinet colleague Jack Warner also had an unsuccessful court experience in 2017, when he lost his challenge of his extradition to the United States. He is wanted in the US for a series of fraud-related offences allegedly committed during his tenure as vice-president of world football’s governing body FIFA and has appealed Justice James Aboud’s ruling. Warner’s appeal comes up in the new year.

CL FINANCIAL ALSO IN THE NEWS

Also this year, a High Court judge granted the Government permission to proceed with the liquidation of cash-strapped conglomerate CL Financial (CLF).

The move to have CLF wound up was made by Government in July as it sought to recover a $15 billion debt to taxpayers as part of the 2009 bailout of four of the company’s subsidiaries. As a result of the court’s ruling, CLF’s operations were placed in the hands of the two liquidators who are responsible for management of the company and its assets during the period of winding up.

Justice Ramcharan said there could be no doubt CLF was unable to pay its debts and was insolvent. CLF’s accounts, at the time of the hearing in September, showed a total of $90 million being in the bank to meet the creditors’ $4.5 billion demand for payment, before taking into account the Government’s debt. There has been no appeal of the judge’s winding up order.

An equally notable case in 2017, which is expected to carry on into this year, includes the court appearance of fraud accused Vicky Boodram, who escaped from the Women’s Prison in Arouca on November 27. She was recaptured at a house in Penal three days later and has added more charges to her already 148 fraud related ones.

Also in 2017, former finance minister Karen Nunez-Tesheira won the third round of her lawsuit against the medical practitioners and the private nursing home which were found negligent in the death of her husband, insurance executive Russell Tesheira in 2004.

In November, the Court of Appeal ruled against Gulf View Medical and anaesthesiologist Dr Crisen Jendra Roopchand who both appealed Justice Vasheist Kokaram’s ruling in 2015 that insurance executive Russell Tesheira’s death was caused by their negligence. Kokaram awarded Nunez-Tesheira compensation in the sum of $18,034,722.33.

Tesheira died after a prostate operation in 2004. Nunez-Tesheira says she expects them both to appeal to the Privy Council.

Also receiving a big payout from the court in 2017 was former Central Bank governor Jwala Rambarran, who won his libel and defamation lawsuit against Government senator Dr Lester Henry. For his defamatory remarks while speaking as a guest on the Afternoon Drive programme on i95.5FM on June 9, 2014, Henry was ordered to pay Rambarran damages of $550,000 by Justice Devindra Rampersad who said Henry’s allegations were “rather serious” and served to undermine Rambarran’s “independence and integrity in no small measure.”

Henry also has another court appearance on January 11, when he is expected to be sentenced for driving drunk in Woodbrook in September.

Also facing the courts again this year would be entertainers Machel Montano and Kernal Roberts, who in a bitter-sweet victory, won their appeal against their convictions for assaulting

patrons during a fracas at the Zen nightclub at the corner of Keate and Frederick Streets, Port of Spain, on April 26, 2007. They were ordered to face a retrial.

As 2017 comes to a close, it is anticipated that the judicial system will continue to get bad press but it is also hoped that amid the notoriety, there will be moments to celebrate. 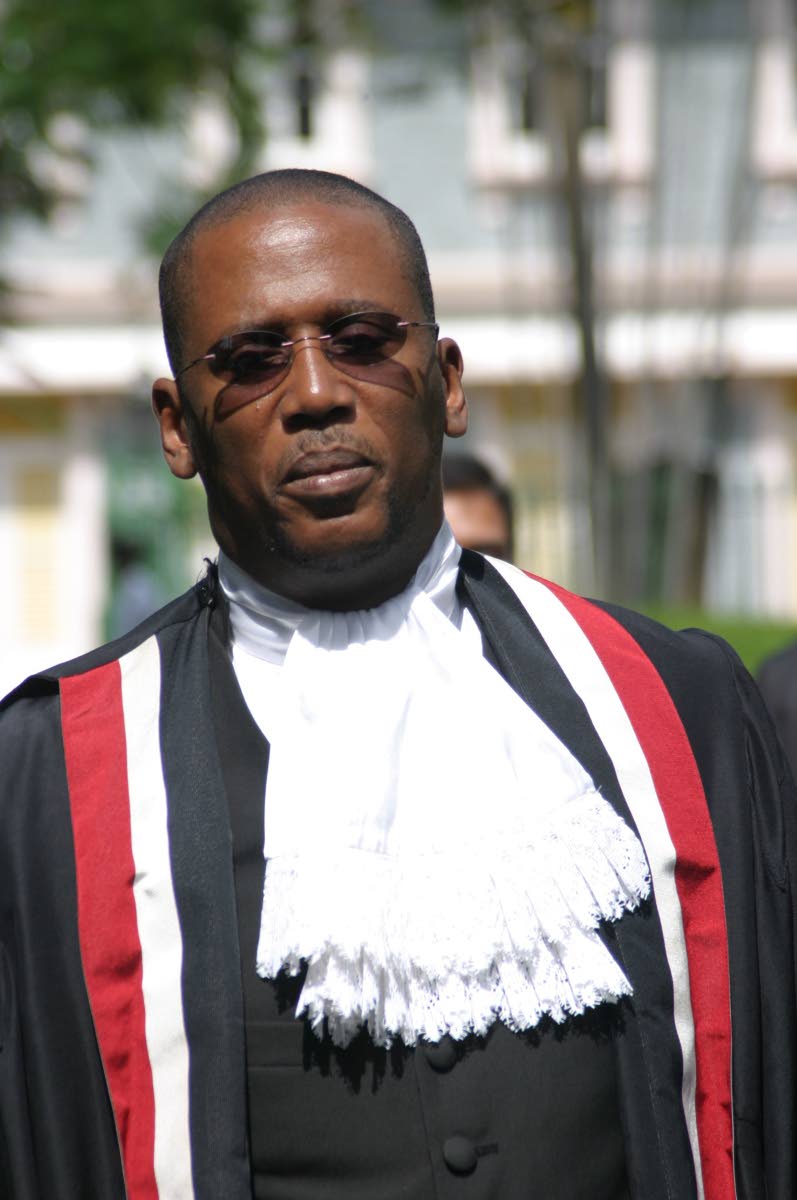