Chutney Singer Nirmal “Massive” Gosine’s latest song Rowley Mother Count has triggered a heated online debate on what should pass for composition at the national level.

Yesterday, Planning and Development Minister Camille Robinson-Regis joined the chorus of opposition to the play of words, describing it as distasteful and loathsome.

“No matter what someone may feel about Prime Minister Dr Keith Rowley, at least the office he holds should be respected,” Robinson-Regis said.

She also condemned the role of popular music arranger, Leston Paul, for producing the song for Gosine.

“The song is disgusting, repugnant and loathsome,” Robinson-Regis added. 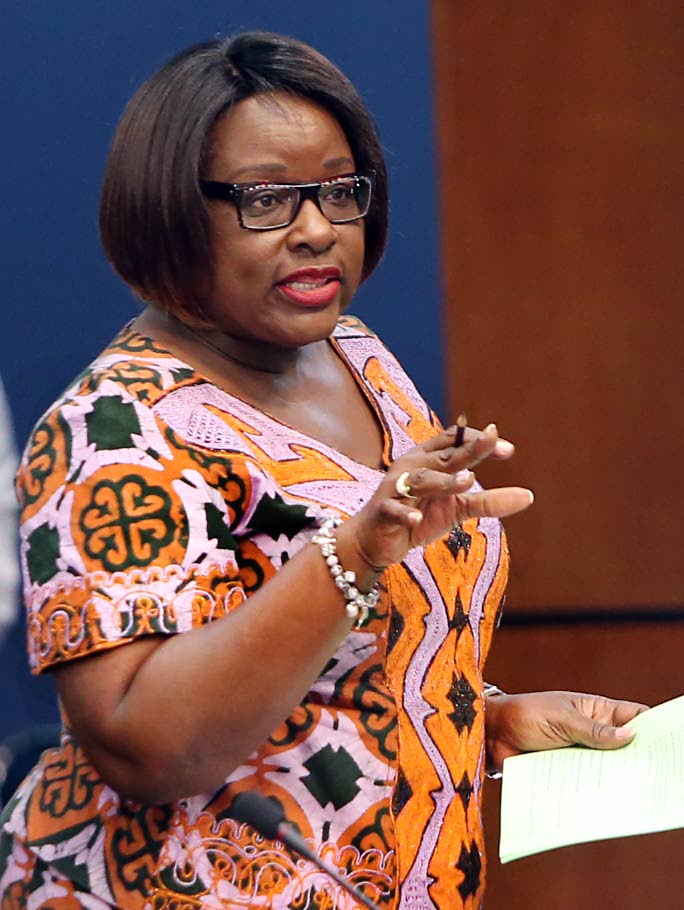 The song is about a woman who earns a living planting and selling vegetables from her garden, but she is the victim of thieves. She then stands by her stall and counts her losses.

The first stanza of the song is as follows:

This is Massive Gosine and I am giving you an account.
Rowley mother planting garden down in La Romaine.
Rowley mother wukin hard in the sun and rain.
If you see this woman, she days nearly done, but the work she doing is for she son.
All them pipers thiefing and doing what they want, causing Rowley Mata (Hindi word for mother) to take an account. Rowley mother Count.... Rowley mother count.

The song has since been posted on facebook, but has earned severe criticisms in which the majority of commentators chastised Gosine for use of the word count.

Count is subtly being used, many facebook commentators responded, as a substitute for an obscene word.

Yesterday, Robinson Regis said, not only is Gosine being disrespectful to Rowley’s family, but the role of all mothers. “This, sadly, seems to be the norm with persons who are opposed to this Prime Minister. They feel at liberty to disrespect Dr Rowley, his wife, his deceased father and now his deceased mother. This is what Gosine has displayed as an artiste whom several have held in some repute.”

In her capacity as chairman of the Women’s League, Robinson-Regis called on all right-thinking citizens to raise their voices in condemnation. She reiterated, “Our much-respected art forms deserve better than that. We all understand poetic license but not this.

“Instead, Gosine and indeed many calypso and chutney singers, should use their respective platforms to send messages of inclusion between the cultures, races and party affiliation.”

The PNM Women League issued an official statement about the song describing it as hateful.

The statement said, “The league urges the public to boycott all events associated with this song. It crosses all the boundaries of good taste.”