On November 24, Debe welcomed bmobile’s first ever full service store in the area under the management of businesswoman Bernadine Chin Moon. As a testimony to its great location on the corner of Wellington Road and the SS Erin Road - as well as the appeal of its modern, uncluttered, glass-walled design - within seconds of its opening, customers were walking in to do business. The emphasis for this location was convenience and accessibility, and customers responded very positively.

One week later, IESL Technologies Ltd opened its bmobile store at the Government Campus Plaza on the corner of Richmond and Queen Janelle Commissiong Streets in Port-of-Spain. Again, the signature bmobile design and premium location drew in customers. Owner Terrence Beepath said that over the six-hour period following the ribbon cutting ceremony, 800 customers passed through the store. 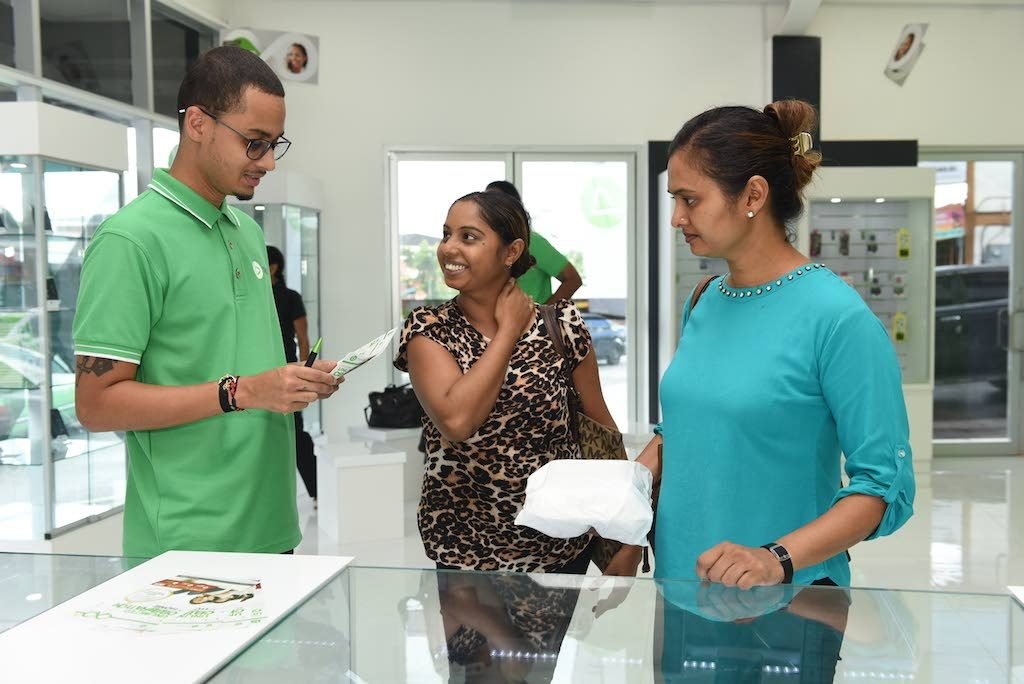 The Debe and Port-of-Spain stores are the latest addition to bmobile’s expanding channel partner network, which now numbers 37 partners and 86 full service channel stores nationwide. Channel partners are independent entrepreneurs or companies who partner with bmobile to offer bmobile’s full range of residential and mobile services.

Emphasising that bmobile’s priority was to make technology accessible to all, Acting Senior Manager - Channel Partners and Top Up Distributors Sheldon Greaves said this meant focusing on areas that were currently under-served.

“We have a nationwide footprint but there are still some gaps and we are partnering with small businesses in the key areas to bridge those gaps.” Greaves also noted that supporting the growth and development of independent entrepreneurs who join the bmobile network has also led to these businesses creating new jobs, generating more economic activity in the communities in which they operate and expanding the bmobile dealer network to make it more accessible for customers.

What does bmobile look for in a prospective partner? The factors include a great location that has foot traffic, parking and visibility; the financial capacity to invest in the store; the drive and business acumen to make the store successful; being customer focused and customer oriented; and possessing the ability to sell inside and outside the store.

Businesswoman Bernadine Chin Moon fits the bill. She has been in the retail clothing business for 15 years and opened her new store, Toxic Boutique, in Debe six months ago. Realising there was no bmobile store nearby, when the opportunity for the main road corner store location popped up, she took the opportunity right away. “This is a perfect bmobile location.” 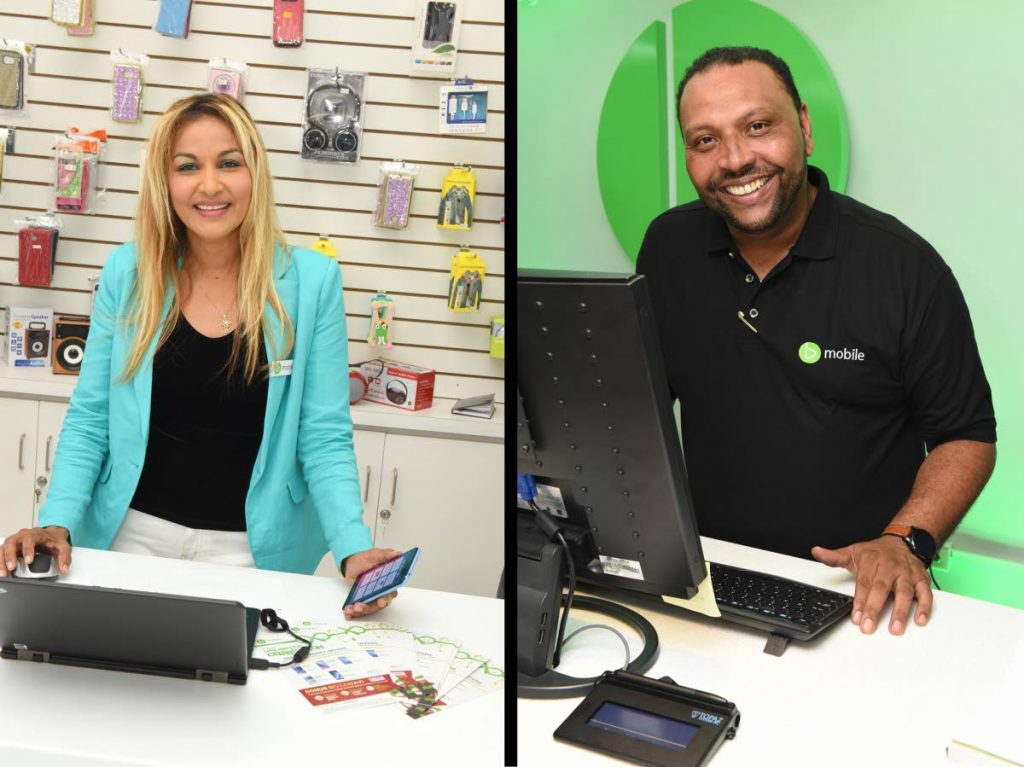 Her first customer of the day seems to agree. Lynette Dass, who works for an insurance agency was driving to work, saw the store was open, and pulled up to buy a phone card. She said, “It’s going to be a success. We need a place like this in Debe.”

Chin Moon intends to do her part. “I pride myself in giving good service. I intend to give the people of Debe great service.” As for the risk of a new investment in a struggling economy, Chin Moon said, “I believe the way to go right now is communications, that’s the way of the future. I wanted to get into that sector and joining with bmobile is a really great partnership for growing the industry.”

She added, “I believe that customers always want to spend, they just want to spend less and know they are getting a good deal. bmobile is very flexible with a range of different plans to facilitate a range of needs and budgets.”

That will become even truer in just a few weeks as bmobile will be providing new opportunities for its channel partners to grow and flourish. Greaves disclosed, “Next year we will be rolling out new and enhanced services for our mobile and residential customers that will positively impact the entire suite of products that dealers now sell, representing exciting new business prospects.”

Terrence Beepath intends to fully capitalise on that. His goal is to open five more bmobile stores nationwide, including Tobago. As an oilfield businessman looking for a good investment opportunity to buffer against the ups and downs of the energy industry, Beepath is accustomed to an industry where service, not price, differentiates a business from its competition. He has already begun differentiating his business by running two employee shifts to facilitate a 7 am opening time.

His store will provide convenient, high quality service to the estimated 25,000 pedestrians who will be walking past his store every day, many of whom will have either parked in the parkade, or number among the thousands of public servants working at one of the nearby ministries such as the Ministry of Education, the Ministry of Legal Affairs and Immigration Division.