“I do what I do simply because of my love for animals.” These are the sentiments expressed by Dr Paul Crooks in a recent interview at his Canaan home.

As a young man growing up in Canaan, Crooks was always around animals, some of them his personal pets while the others were animals which wandered into the family’s yard in search of food. So his decision to become a veterinarian came as no surprise to his family and close friends.

Fate had it, that while doing his Advanced Level studies at Bishop’s High school, Crooks got a scholarship from the University of the West Indies, St. Augustine, Trinidad to do his veterinary degree.

“Since growing up as a child, our home was always filled with animals. Some of them were my personal pets, while others were strayed dogs and cats which walked off the streets into our yard. Their hope of course was that they would get something to eat because they had nowhere to live and no one to feed them. When I saw the frail look on the faces of these hungry, innocent creatures, my heart melted within me, and in my mind I thought: “If I do not feed these animals, they are going to die”. This went on for years. At that point in time I never really

knew much about what a veterinarian was, because in Tobago, not much was heard about it. All I knew was that I loved animals and that I wanted to be an animal doctor so that I can take care of them when I grow up,” Crooks said.

During high school, Crooks continued to care for the animals which he considered as part of his family. He dreamt of being an animal doctor even though he didn’t see that dream coming true anytime soon in Tobago.

Crooks said his inspiration to become a veterinarian was due to his love of animals but also a love for children.

“As a young person growing up, I would sit and look at both animals and children. What I observed was the great similarity between the both of them with respect to how they behave. What I have observed was that they both exhibit a level of innocence and love and are also unable to take care of themselves. I value animals very highly and what they do for us, and I also really enjoy the company of children. What I have also realised with animals is that how they grow depends to a large extent on human intervention, and therefore I get a sense of duty to protect and help them as much as I would children, because like children they need tender loving care and attention,” he said.

As the saying goes: “What you think about all the time, the chances are very likely, that you would become that thing”.

Crooks never knew that a degree programme in veterinary studies was available in Trinidad and Tobago. It was at age 15, in Lower Six, that he found out through his father that UWI, St Augustine was offering a scholarship opportunity in veterinary studies. He applied and was successful.

After completing his A’ Levels studies, as part of his scholarship programme, he did the Pre-Vet, Pre-Health programme at St Augustine for one year. He then went on to do the Bachelor’s degree in Veterinary Medicine (DVM with the School

of Veterinary Medicine at the St Augustine campus, graduating in June 2009. Since then, he has been a practising veterinary surgeon in Tobago.

One of his observations as a veterinarian is the way in which animals impact the quality of life for human beings – in therapy to help persons who have terminal illnesses, and in cases where persons do not have family members, they provide companionship and comfort.

“Animals do have a sense of loyalty, duty and affection,” he said.

Crooks said, being a veterinarian is more than just giving vaccines to an animal, there are issues such as food safety, public health, and disease control to deal with too.

“I do what I do because I love animals. I fully believe that each living thing on the face of the earth, including animals, were created for a specific purpose and all have a vital role to play in the development of the entire universe. We all as human beings just need to invest a little more of our time, to ensure that we do our part to make a difference in the lives of animals in whatever little way that we can,” he said. 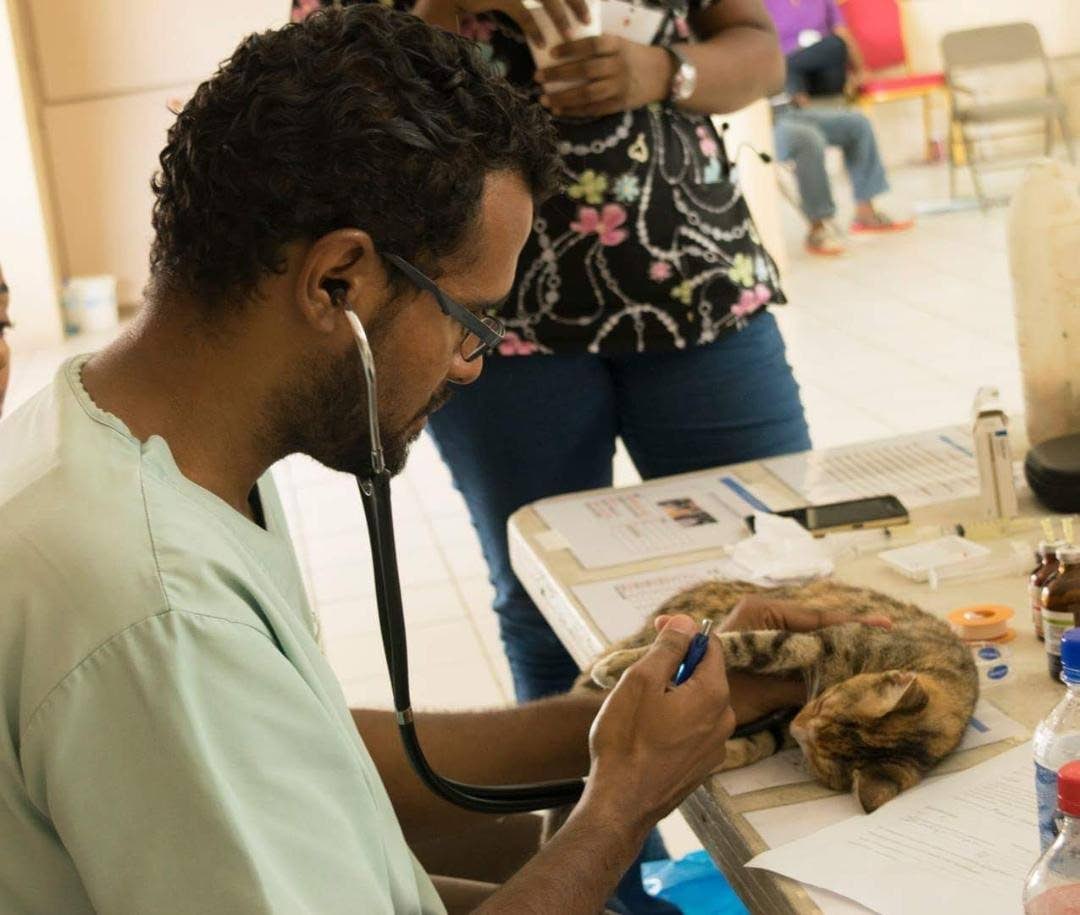