Christine Newallo-Hosein has never been afraid to go against the grain.

Growing up in Morvant, the last of six children, she said her late parents always stood up for what they believed was right.

“I had very strong parents and my father always used to say, ‘Do not make a commitment unless you plan to keep.’ I have lived with that all my life,” said Newallo-Hosein, who filed her nomination papers, just days ago, to contest the November 26 United National Congress (UNC) leadership election.

She is going up against incumbent political leader Kamla Persad-Bissessar and former trade minister Vasant Bharath.

In a Sunday Newsday interview, Newallo-Hosein made it clear she was not a renegade but recalled being among the few who agitated for internal elections towards the end of Basdeo Panday’s term as UNC leader. “During the 2008 to 2010 period when Mr Panday had not called the internal election, I was on the ground for all those months visiting households asking them to call on him to call the election but they were hesitant,” she said.

“They felt I did not like him but I still see him as one of the best prime ministers thus far, along with Mrs Persad-Bissessar.”

She recalled, though, the general response of the party’s faithful to her request was one of fear and concern for Panday. “They were concerned they would hurt him. But it had nothing to do with hurt but love of country and party. “That is how I got the people to change their minds.”

Fast forward to 2017, Newallo-Hosein has adopted the same stance in holding the UNC’s leadership to account for allegedly breaching the party’s Constitution in pushing for an early internal election– a move for which she makes no apologies. A surprise candidate for the upcoming poll, Newallo-Hosein was one of three UNC MPs (the others were Ganga Singh and Dr Bhoe Tewarie) who did not support a proposal to hold an internal election during the party’s National Congress at the Shiva Boys Hindu College, Penal, on October 31.

Persad-Bissessar has insisted the election is legal. However, Newallo-Hosein maintained such a move was not only ill-advised but in flagrant violation of the party’s constitution. “I felt deep within my soul that if I did not stand up for what was right that I would be a part of the problem rather than a part of the solution. And that if this election were to happen, then the membership could be abused by anybody in the future and they would not have a ground to stand up on because they would have sold their birthright to say the means justifies the end.”

Newallo-Hosein reasoned such a decision could have far-reaching consequences.

“At the end of the day, whoever is chosen, that leader and our principles go with us. The people who we are looking to stain their fingers for us will judge us based on that decision. “And if you can go against the party’s Constitution, what would you do to the Constitution of Trinidad and Tobago. Therefore, for me, it was a bigger picture in taking this stand.” Newallo-Hosein said such developments served only to fuel the disenchantment which she claimed was being felt among much of the party’s membership.

“If you look at the ratio in the last election, you will see that a lot of our members have not come out to vote and you have to ask yourself, why? Because they are hurt and saddened. One always wants to be appreciated.

“There are some who will want financial reward but the vast majority will always be grateful for a simple, ‘Thank You.’”

Regarding her chances in the poll, Newallo-Hosein told Sunday Newsday: “Realistically, I am standing up between two giants–Persad-Bissessar and Bharath–because they have experience on their side and they have a lot to bring to the table. All I can say is that I will become the giant slayer.”

Win or lose, Newallo-Hosein believes she has already been successful. “The mere fact that I can change this discussion on the ground, I am victorious and that is enough for me.” If placed at the helm, Newallo-Hosein intends to build on the policies which the party embarked upon during its term in office.

“We don’t need to reinvent the wheel. It is just probably to tweak and add because so many things would have happened with the economy and the various technological advances that we have made, it’s always evolving.”

The former Providence Girls’ Catholic School student said she also wants to bring on board key people to lend their expertise.

“It is always great when you have a multitude of sound advisers. What this does is call the leadership into accountability. I am not afraid of being accountable.” 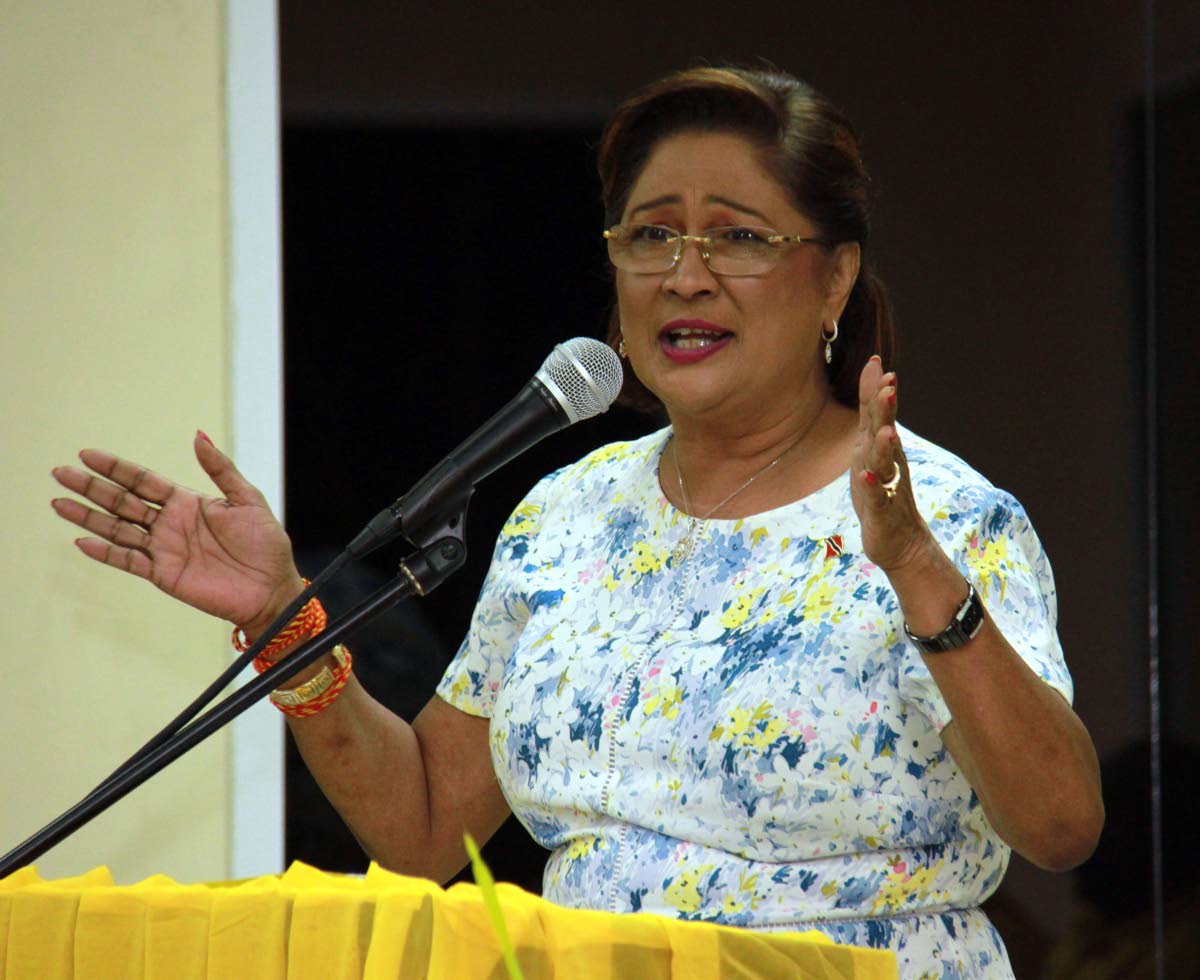 Reply to "Christine: I’m not afraid"