A column by the Credit Union for Newsday.

The Co-operative Credit Union League and the Credit Union Movement ended its month-long celebrations at the Rovanel’s Hotel, Tobago on October 29. During the period, credit unions highlighted the good work they do, not only in this country, but at the international level.

As part of the month’s celebrations, President Anthony Thomas Aquinas Carmona became a member of the Palo Seco Credit Union and this is indeed an endorsement of the excellent work of credit unions. He commended the League for keeping its members' performance above board and the Palo Seco Credit Union for the work it continues to do for its members. His wish for the credit union movement is that it will be allowed to cash pension cheques to make it easier for its members, and the introduction of a Cambio where in the main, it will treat with Caribbean currency.

The League’s executive members who made the trip to Palo Seco Credit Union on October 17 to officially welcome President Carmona as a new credit union member were elated because he is the first sitting President to enrol as credit union member, but more importantly, because he endorsed the work of credit unions and pledged his continue support for the advancement of our work. The executive committee also took pleasure in endorsing the comments made by His Excellency and congratulated him on his bold step of raising critical and relevant matters on behalf of the League and by extension, the wider credit union movement.

With assets of $14 billion and 600,000 members, credit unions in Trinidad and Tobago continue to withstand the economic and other pressures and remain resilient. This is commendable. There continues to be pleasing growth in assets, members, shares and loans which demonstrates the full confidence of our large and growing membership. 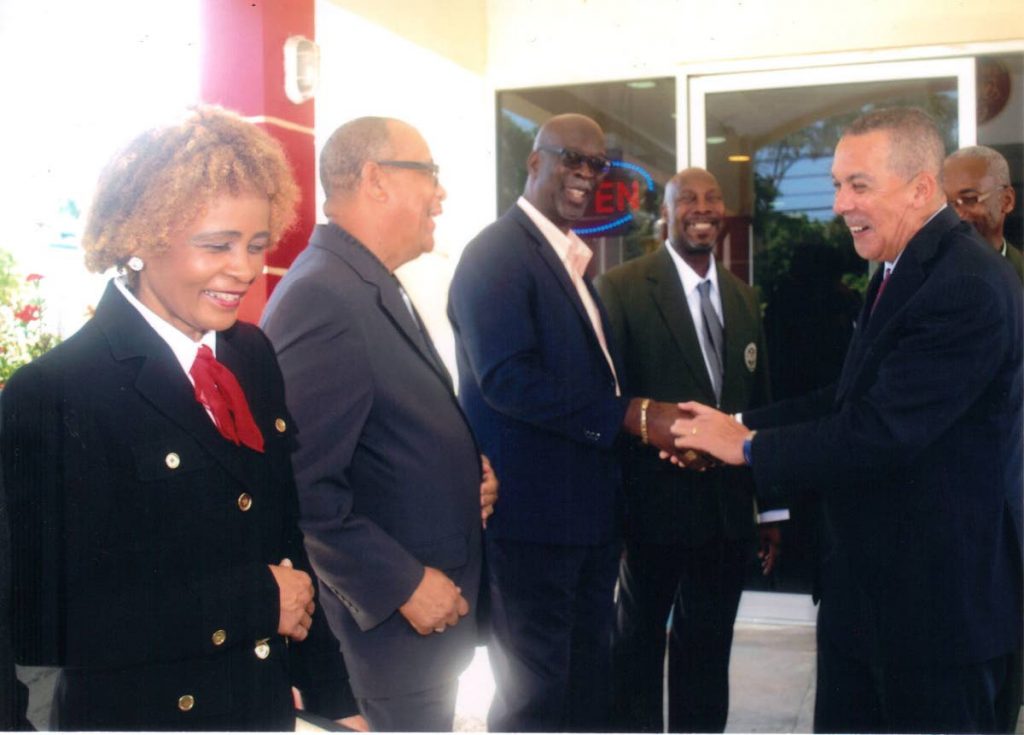 Our communities build their own credit unions, and with the help of the World Council of Credit Unions and other regional bodies, ensure that members gain access to financial building blocks for families and strengthen local economies. Credit unions provide one of the most sustainable solutions in alleviating poverty by the provision of financial services to very low income earners. These also include financial counselling and an environment in which people of all walks of life enter and feel a sense of belonging.

We are regulated under the Co-operative Societies Act and monitored by the Commissioner for Co-operative Development, who is charged with the responsibilities of ensuring that co-operatives subscribe to the best standards.

The celebrations over the month included the opening ceremony on October 15, in Port-of-Spain which attracted 1,400 people; the League’s National Awards Ceremony on October 20; the Newsday Supplement on October 19, and the Closing Ceremony from October 26-29. All activities were over-subscribed and successful.

Speaking on the successes of the month’s celebrations, League’s chief operating officer Dianne Joseph indicated that the League was happy that credit unions in Trinidad and Tobago continue to uphold quality standards and that their performance continue to be very pleasing. She also reminded the members that there are still celebrations taking place, as the League is celebrating its 70th anniversary this year. This in itself is a significant factor as the League came through some very tough and testing times over the last decade. She is happy to have had the pleasure and honour of turning around the organisation to the strong National Umbrella Body that it is today. Joseph ended by commending her team, which included the Board, committees, staff and membership for holding together to see the fruits of their labour. To God be the Glory!