Don’t give up, be simple, write consistently and be realistic.

This was the advice from Caribbean author and historian, Michael Anthony, at his Reading with Michael Anthony session last Friday at the Anne Mitchell Auditorium of the Scarborough Library. The event was held to commemorate International Literacy Day.

Students from Scarborough Methodist Primary school, Secondary Secondary, Bishops High, Speyside High, Mason Hall, Signal Hill Secondary and Harmon School of Seventh Day Adventists, along with members of the public, were invited to listen to Anthony read and discuss some of books including Year in San Fernando, Lamplighter, and what he described as his favourite, Green Days by the River.

Anthony said all the characters in his books were real.

“I explained my characters according to how I know them. I always realise that there is nothing like writing dialogue. I think dialogue is the ability to hear the character speaking and that only happens when you believe in what you are writing and it becomes a type of reality.

Anthony encouraged young writers to be original. “You would like a certain writer but the more you like him, is the more you would want to write like him. Write like you, all these good writers become famous because they were original. “You can be a good writer by looking at other successful writers but let your material be original. Have your own distinct style which means you will be writing from within you; your heart and soul. That is the biggest chance you will have towards winning minds,” he said.

“I realised that I cannot be any of these writers, I just needed to be me. If I am lucky enough to write another book, it’s got to be different from the others written before,” he added.

She urged young writers to have thick skins and perseverance.

“Being a writer is one of those activities where you have to have thick skin, do not give up. A lot of young writers have said to me they tried in the past to become a successful writer but no one accepted it, so they gave it up.

“It is always easier and better to write clearly and simply. Most people tend to want to show off how good their English is but it’s not how good you can express yourself, it is how well you can tell a story,” he said.

Anthony, who grew up in Mayaro, Trinidad, said he had a passion to become a journalist as a young man. He travelled to the United Kingdom where he was employed as a sub-editor at Reuters news agency in 1964. As he further his career, he continued to develop his writing skills by producing short stories for the BBC radio programme, Caribbean Voices.

He said he admired the work of English writer and social critic, Charles Dickens and was successful in publishing his own first

book in 1962, The Games Were Coming. Since then he has written 22 books. Anthony was awarded the Hummingbird Gold Medal for his contributions to Literature and received an honorary doctorate from the University of the West Indies (UWI) in 2003. 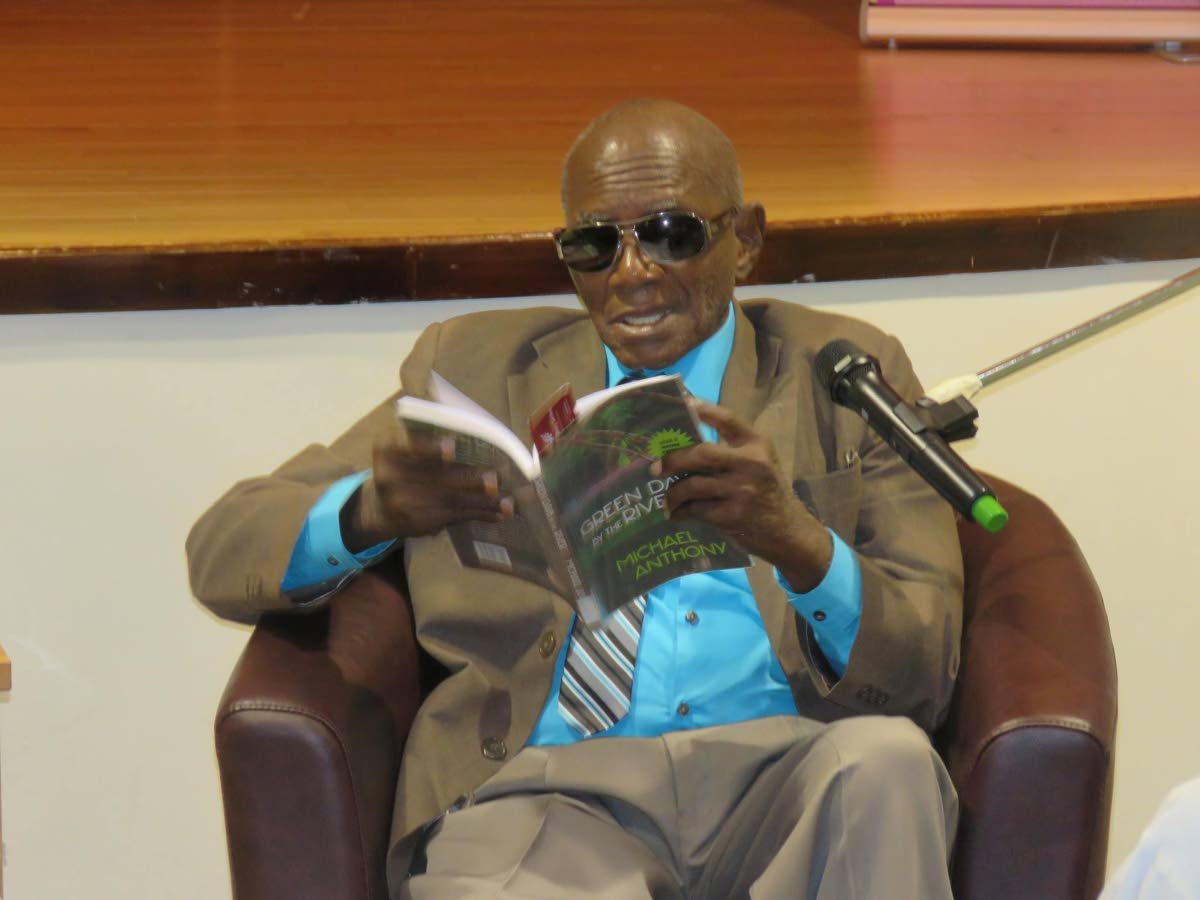