An argument between relatives escalated to murder Tuesday night when a man was chopped to death outside his Couva home. Relatives of Ganesh Samaroo said the 38-year-old was trying to calm a male relative at about 7.15 pm, when the two began to argue.

The relative, who lives next door, went up to Samaroo’s gate with a cutlass and called out to him to fight. When Samaroo, a truck driver, went into the road, the man chopped him on the arm. Samaroo tried to run away but fell into a nearby drain and the man then chopped him several times as he lay bleeding. The man then ran away and hid at a neighbour’s home. Samaroo, a father of two, died at the scene. 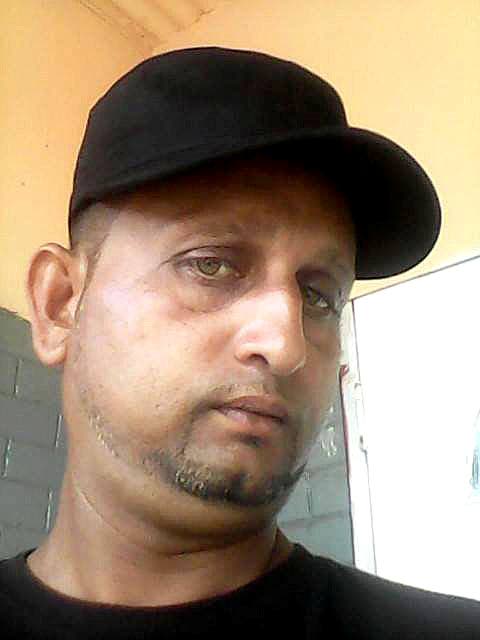 Newsday visited the home at Perseverance Road, Couva yesterday and spoke with Samaroo’s brother Mohan Samaroo. He said he last spoke to his brother some minutes after 7 on Tuesday night, shortly before he was killed. “His second son and mine celebrated their birthdays on Monday and he called to tell me to wish my son a happy birthday for him,” Mohan said.

“He asked me how I was going and I said ‘okay’ and he hung up. He didn’t mention anything was going on.” But a short while later, Mohan received a call saying Samaroo had been chopped several times and was “gasping for breath” in the road. “When I reach and see him lying down there, he wasn’t breathing or anything and I was calling his name, asking him what happen,” he said.

He described Samaroo as a hardworking, helpful person. As for the relative who chopped him, Mohan said, “He always drinking and giving trouble. Every time he drink, he used to leave his house and come across here and cuss.” The relative surrendered to police shortly after the incident and is in custody.